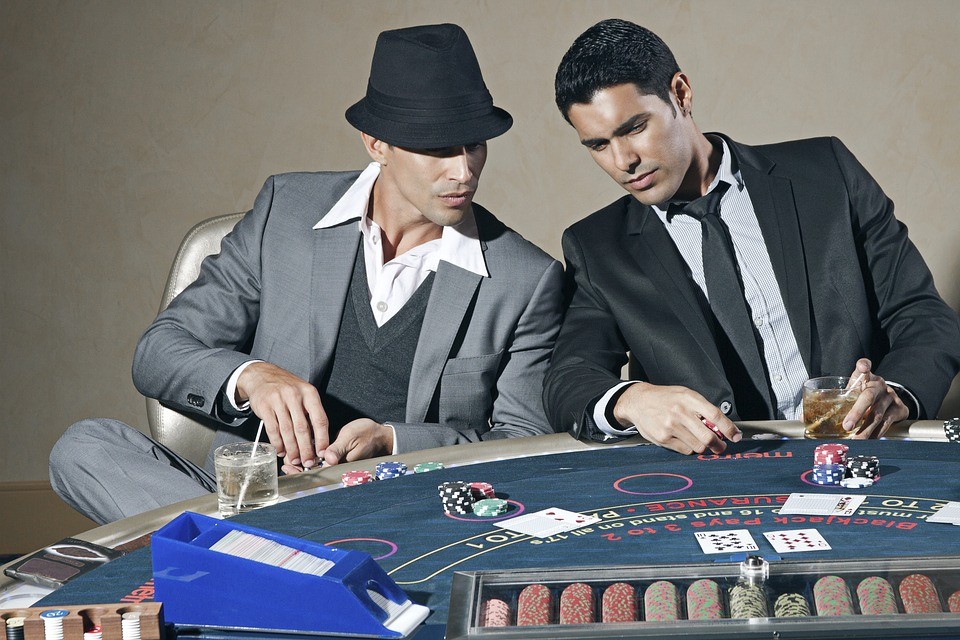 3 of the Most Unique Gambling Movies of All Time

The three amazing gambling movies we bring you here have one thing in common. They all have interesting and unique premises that make them stand out.

The Cincinnati Kid flaunts fantastic performances. It stars the iconic Steve McQueen and follows his character, Eric Stoner, as a newcomer to the stake games who is willing to go up against Lancey Howard.

Howard is the best poker player around and he knows that the kid has made a name playing backroom games. He agrees on the challenge since he feels like it’s finally time for Eric to take on some serious competition.

However, several distractions, including a charming girl and a blackmailer, hinder the chances of the young promising gambler to win the poker game. At the exciting climax of the movie, the two players raise their stakes. One will come out victorious.

Macy is the cooler, a gambler whose luck has been so poor that casinos hire him to stand by the tables on high streaks. Curiously, the cooler always prevents players to hit big payouts and continuously restores the house edge.

Eventually, though, the luck changes for the cooler. And he ends up becoming the lucky charm for countless gamblers in Las Vegas. You can imagine how that affects the temper of the casino operators. Will his new luck cost him his job?

The creative premise of The Cooler makes up for an interesting dive in the world of casino superstitions. Throughout the movie, the director and the cast know how to masterfully play with the perception of luck.

With its straightforward title, The Gambler follows the journey of addiction of Alex Freed, a university professor, portrayed by the fascinating James Caan.

His gambling addiction leads him in a spiral of self-destruction and mental instability. His life has simply fallen apart. The depiction of how the mind of a gambling addict works is incredibly raw and heart-wrenching.

However, the gambler can’t seem to stop increasing his debt and prevent his dangerous need for the gambling thrill. The movie builds in a crescendo to a spectacularly memorable climax.

Anyone who has had gambling problems will immediately connect with the story. Those who have not encountered addiction in their lifetime will be given a powerful reminder of why they should never let that happen.

As an extra suggestion, Tropfest would like to present you an amazing gambling documentary you can watch on Netflix.

Life on the Line is a fabulous documentary filmed in Las Vegas over the weeks leading up to the Super Bowl.

The feature analyzes the daily activities of players who gamble professionally for a living. As the documentary moves along, their successes and failures are tracked.

You will get a spectacular inside look on how professional bettors lay out massive bankrolls and put their personal and family lives on the line, all to win big on Super Bowl Sunday.

Life on the Line is as fun and exciting as it is educational and thought-provoking.

Come back to Tropfest as more of our fantastic picks will be revealed!

2 Great Gambling Movies from the Turning of the Century

The late 90s and the early 2000s have brought us some of the best gambling movies of all time. It’s time to check out two of them.

The movie follows Sydney, a man in his sixties who spends his days at casinos and has been gambling for decades. At one casino, he meets John, a broke gambler who Sydney starts seeing as a son.

Sydney begins mentoring John on all the best gambling tactics and moves. He even helps him find a girlfriend, Clementine, who curiously works at the casino.

John’s life finally seems to get back on track when something unexpected happens that can damage all characters.

Who hasn’t heard about the Ocean’s franchise, and particularly the fabulous Ocean’s 11? The movie is directed by Steven Soderbergh and stars Brad Pitt, George Clooney and Julia Roberts, among several other Hollywood heavyweights.

The storyline pulls you in immediately. Before being released from prison, Daniel Ocean had already designed the plan for a new hit. On his target list are three massive casinos operated by Terry Benedict.

However, Ocean won’t do it all by himself. And so, he starts recruiting professional thieves from across the country, as well as other helpers with useful skills.

Reuben Tishkoff enters the story as the man who offers the money for the operation. Tishkoff lost a casino to Benedict and is naturally happy to contribute to his downfall.

Finally, Daniel Ocean gets employed at the casino where he starts observing every routine. Ocean’s 11 has it all to be a perfect gambling movie. Amazing cast, intriguing plot, extravagant scenes, lively action and even romance.

You know the drill! Catch up on these masterpieces. You won’t be disappointed.

3 of the Most Iconic Gambling Movies of All Time

Over the past decades, the cinematic world has given us tremendous depictions of the ins and outs of gambling. Some are raw and realistic, while others are more romanticized.

We believe there are certain movies that all gambling enthusiasts should watch in their lifetime. That is why we decided to curate our own selection of the best gambling movies ever in history.

This article focuses on some of the most popular ones of the kind. These were acclaimed by critics and the fans. They are considered by many to be the best of the best.

We kick off our list with the cream of the crop. The casino is considered by most fans and experts as the absolute best gambling movie of all time. It even features in many overall lists of the best movies ever.

The casino tells the fascinating real story of the Las Vegas gambling scene controlled by the mafia. The legendary Robert De Niro stars as a casino owner with ties to the mob, while the great Joe Pesci plays the role of a thief whose unreliable behaviour becomes a threat to the lives of both characters.

Sharon Stone also stars in the film. Stone and the remaining actors deliver equally fantastic supporting performances. The magnificent cast and the brilliant story make up for some of the most memorable and awe-inspiring scenes in cinema history.

Directed by Martin Scorsese, you wouldn’t expect less than a masterpiece.

It features in every list of the best Bond movies of all time. And in many instances, it takes the top spot.

It tells the tale of James Bond (yet again) taking on a heinous character. This time it is Le Chiffre, a poker player with a taste for torture and terrorism.

Arguably the best scene in the movie and possibly one of the best in recent history is the ultimate showdown. James Bond and his enemy go head to head in a game where the stakes are all or nothing.

For the biggest poker enthusiasts, the high-stake games shown throughout the movie simply put them on the edge of their seat. The plot is packed with unexpected twists, which only adds to the pulsating experience.

This Mike Hodges-directed movie starring Clive Owen focuses on the perspective of the dealers. Owen plays Jack Manfred, a struggling writer who sees himself forced to find another job. He starts working as a croupier or a dealer.

Quickly, though, Jack is drawn to the gambling world. The job that he so reluctantly took ends up consuming his entire life. All of his relationships are affected by his new immoderate lifestyle.

Eventually, the character starts being romantically attracted to a gambler called Jani. Because of her own gambling problems, Jani is in terrible debt and plans to rob the casino.

You have to see the movie to find out whether Jack will join Jani on the heist or not.

Go ahead and catch up on these three gems!

March is the month for problem gambling awareness. Last March 1st, the state of Michigan organized its Problem Gambling Symposium. It was the 11th edition of the annual event.

Even though our blog Tropfest is from New Zealand, our team is constantly committed to learning about gambling and addiction problems worldwide. We want to do as much as we can to help.

Our website is dedicated to promoting the best gambling movies in history. Most of them are set in the United States and are deeply rooted in the incomparable American gambling culture.

It is only natural that we study gambling patterns and rehab initiatives in the United States to better do our job.

And there is one final reason why Tropfest is so interested in this gambling symposium. The focus of the event was highly related to the work we do on this blog: gambling perception versus gambling reality. 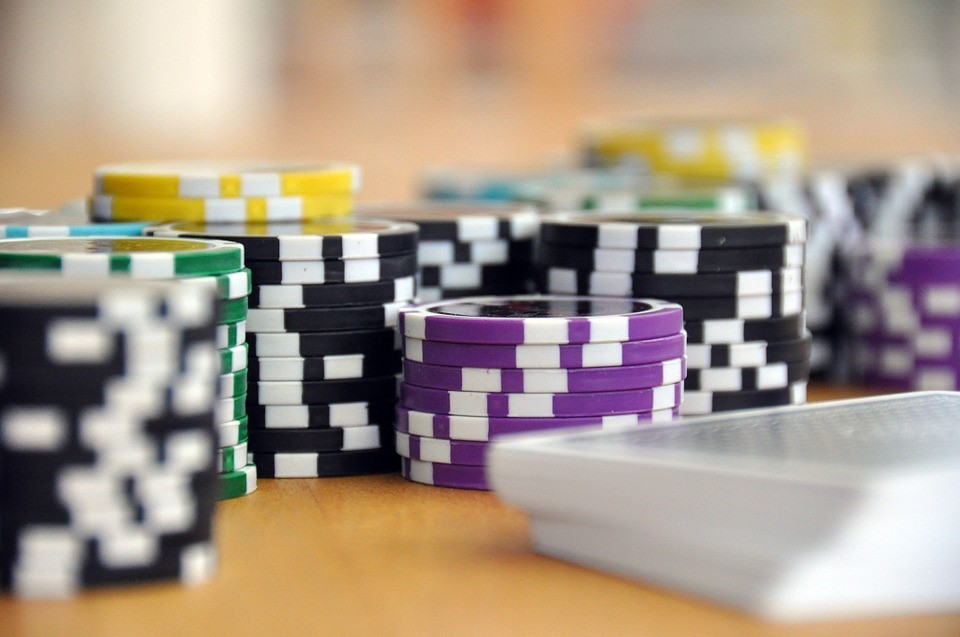 Even when a gambling movie realistically depicts addiction, it somehow ends on the main character turning their life around, going back on the stake tables and making a fortune.

On Tropfest, we will bring you our selection of the top 10 gambling movies of all time. Some are raw and honest, while others are pure action and entertainment. We just want to highlight that we will never advocate for unconscious gambling. 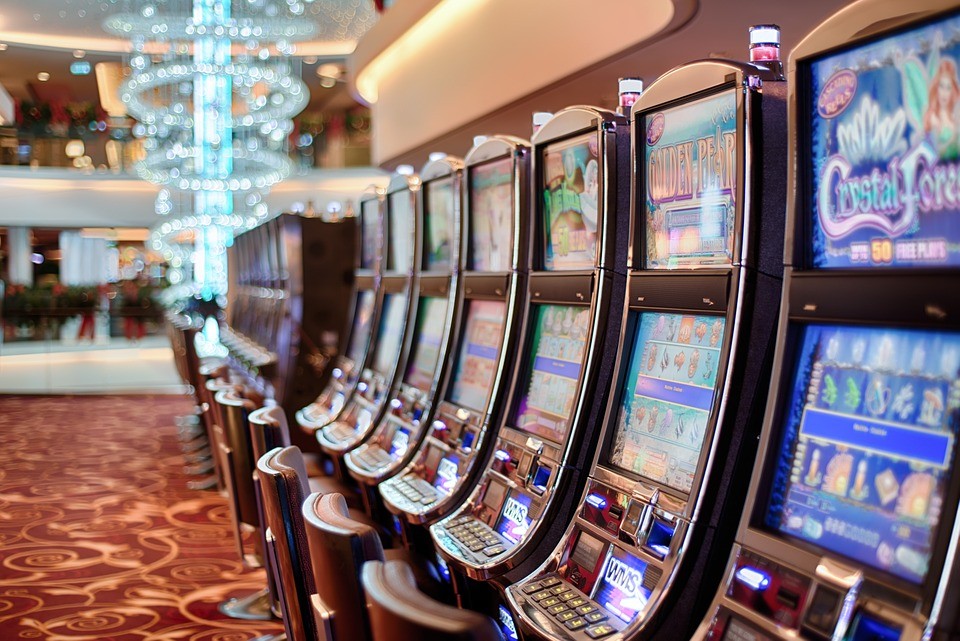 Head online and search about the latest problem gambling symposium in Michigan. The main topic was brilliantly covered and really caught the attention of our movie buffs.